Well, after a lot of hand-wringing and troubleshooting, the site is… done!

Overall, I’m impressed with what we’ve accomplished this semester – clicking through and looking at the webpages we’ve all made I’m pretty proud of us – give yourself a pat on the back and have a great summer!

Feel free to take a look.

I left comments on Anne’s  and  Amanda’s blogs.

Thankfully, I made a lot of headway over the weekend and the bare bones are in place (the site isn’t live yet, so I can’t share it here).  I’ve switched over to the 960 grid. There have been some growing pains (oh, navigation bars – will you ever be simple to make?) but overall I’m pleased with the progress I’ve made.

I’m excited to see what everyone has come up with in class!

I’ve been doing a lot of thinking about the final project. My overall objective to is to present some information about two prolific deaf writers (writing between roughly 1880 and 1930).

The challenge here is to present information in a way that is clear without being boring. I’ve got a lot of text, some areas to link out to primary sources, and very few pictures. It will be easy for this to turn into blocks of text, so I’d like a design that guides the reader/visitor down the page and through the content.


I started with an organizational chart. I’m thinking that I’ll wind up with roughly seven discrete pages, though this may expand if I decide to chop the text up into several pages. The hierarchy should look something like this: 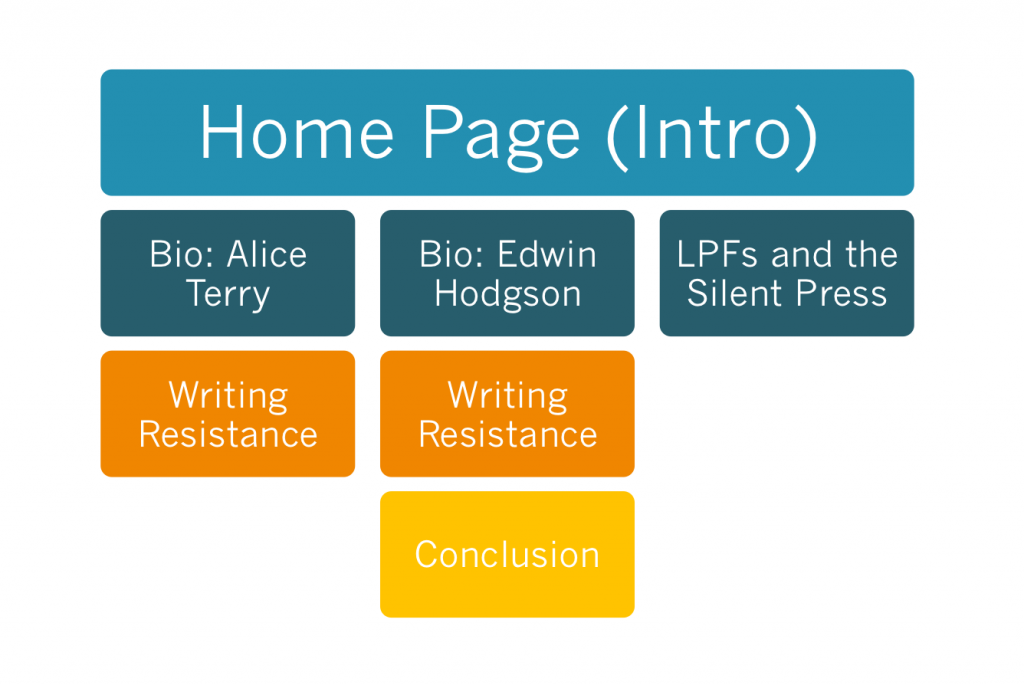 Given the subject, I am considering referencing the form/layout of a newspaper as a sort of running theme on the site – but I’m worried it may be a bit too much. I’ve mocked it up here: 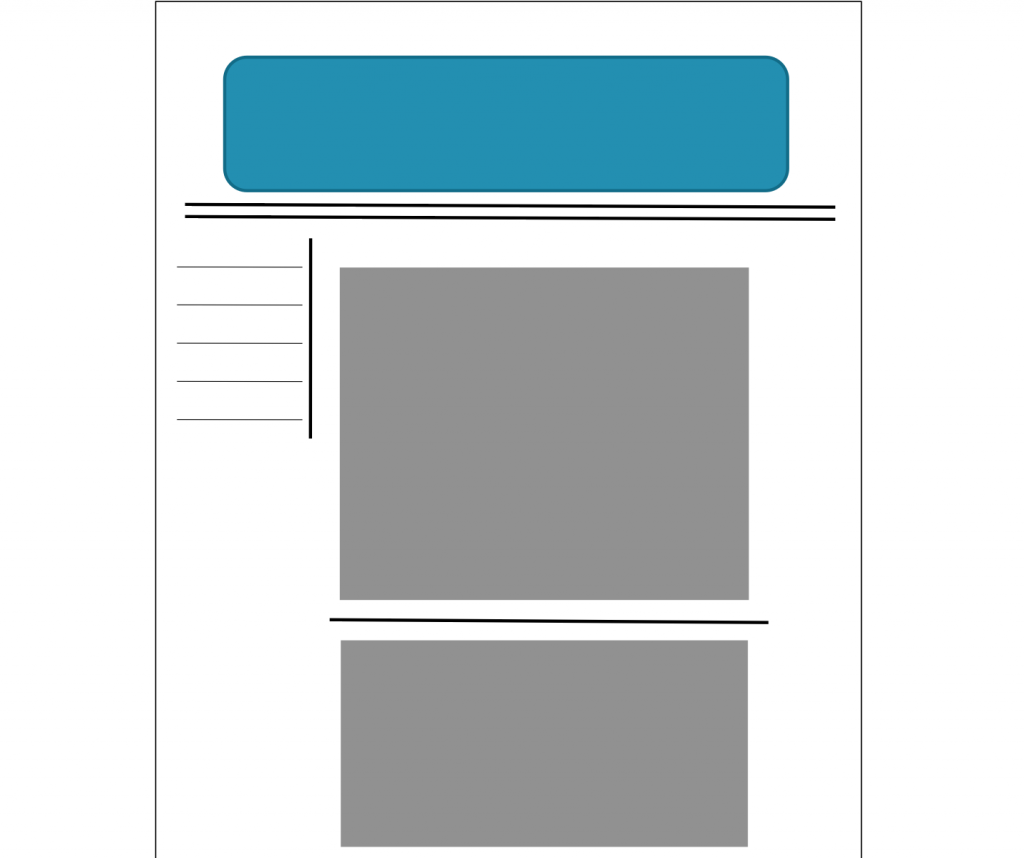 I’d like to use rules to divide the text and recall a newspaper. As much as a newspaper-type font would work well for the headings, I’m hoping to use it sparingly.

Another of my challenges is color. The content and photos are largely black and white and gray. I’d like to spruce up the muted palette but I want to use a light hand. These are the colors I’m drawn to:

I commented on Amanda’s and Sara’s blogs.

My image assignment is up! Sorry for any delay – I was trapped at the Denver airport today because of a snowstorm .

This week I’m working in Dreamweaver again – creating a webpage for all my newly edited photos. I’ll admit that each time I open the program it makes me nervous – still – but I felt much more competent creating this site than I did  the previous two. I’m afraid I have nothing to show the group yet. It’s not ready to go active, but I’m glad to have gotten a solid start on it.

I spent some time on this assignment.

So, he turned out a little.. intense. But in my mind the pair has a backstory and he and his cat are definitely doing some plotting in the photo.

Anyway, I cropped the image and made changes to the levels and curve.  I removed the edges and borders and cleaned up the spotting and scratches. I had to do a little reconstruction on the edges to create a nice rectangular image.. and to generate a knee entirely.

I commented on Beth, Beth, Paul and Ben‘s Blogs.

Creating images and changing images and the distinction between those was the subject of the reading this week. For me, it recalled a class I took in my undergrad days called “True Fiction” – the subject of the class was the way in which film, photography, and books exist in the area between fact and fiction. In effect, these are objects are mediated- created with intent and interpreted by others with intent. We watched Errol Morris’s film “A Thin Blue Line” in an effort to draw attention to the way in which documents and photographs are mediated by their creators and their audience, and to drive home the idea that a film, like Morris’s, can be simultaneously “truth” and “fiction”.

The take away from that class, for me, was that we should be critical consumers of information and that there are always multiple interpretations. An idea that serves me well as a historian in estimating the value and meaning of my findings at an archive.

The reading today and our recent work on producing digital history has highlighted a related but distinct constellation of concerns.

When we photoshop a historical image, removing imperfections like dust, scratches and tears. Are we reducing the object’s value as a historical artifact? When it comes to editing photos I admit a level of uncertainty.  Am I destroying the “truth” of an image by cleaning it up? Or giving it to an audience to be best appraised? Am I distorting some reality by cropping, orienting or reversing an image so it sits prettier on my website? Or driving my argument by making it flow cleanly across the page?

In the production of scholarship we have a responsibility in shaping the interpretation of historical objects.  We critically assess what we’ve found by asking about intent and meaning and interrogating the record and seeing what shakes out. We do a great deal to frame the interpretation, we argue one thing or another and we dig up contextual information to locate what we’ve found in time and space.

But then we take all that stuff out and, in the pursuit of our argument, piece it together in a way that makes sense to us. In a way that reflects history as we understand it.

The answer to my question about photoshopping images comes in being transparent about making changes. It builds on a practice that we all already engage in. When I quote from a book I remove the author’s words from their context and in some ways distort its meaning. When I reproduce handwritten documents in neatly formed text I’ve distanced the text from the author. And when I utilize an image I have removed it from its context and reproduced it digitally. The thing is, we do it by making it expressly clear that this is a smaller piece of a larger work. We already add footnotes and citations to text, similarly, we should provide the audience with a clear idea of whether or not the image has been changed and where they can seek the original source.

I’m curious to see how others responded to the reading this week. In the meantime, I’ve already engaged in altering the historical record, as you can see below. I used the helpful tutorials to crop and make some repairs to a damaged photo. I made it a bit easier to see by cleaning up the image.

This week I commented on Kirk and Beth‘s blogs.

I’ll admit it: I’ve been having a lot of fun. I had a moderate amount of experience using Photoshop coming into the class, but most of that experience involved slightly editing pictures or creating images from scratch. The tutorials have been really helpful in expanding my skill set in a not-so-intimidating way.  This week I played with two things extensively: first, I tackled the engraving tutorial created by Dr. Petrik, next I tried my hand at coloring an image. While I’m not entirely satisfied with any of these attempts, it was a great start.

I started with the engraving above. This image is one I collected while I was working on my MA thesis. The engraving is one of the only images we have of the church buildings that housed dual (deaf and hearing) congregations on West Eighteenth St in Manhattan for forty years. The buildings were sold (and almost immediately demolished) in 1894.

Anyway, the image above is pretty clear, but I intentionally cleaned it up as you can see below:

I heightened the contrast to emphasize the details in the engraving and created a clean black and white image. Next I cleaned up the edges of the image – removing the sky and border shading on the top, right and bottom of the image. For me, it’s a cleaner image and something I could use in the creation of a header or something. I contemplated removing the buildings to the left, the sidewalk and bush to the right- but I liked that those features gave the image some context. I could have also removed the shadow that stretches across the face of the building, but let it remain for the same reason.

Next I wanted to try editing an photo:

This is one of my favorite photos from my research. It is a rare casual photo of prominent deaf community members- in this case they seem to have been promoting a biking club they founded in the city. Given the clarity of the image and my interest in the topic, I decided to work on hand-tinting the image and I was surprised with the results. I spent some time cleaning up the image – removing some dust spots and smudges from the scanner.

[image removed]
Hand-tinted and modified image of Hodgson and Fox.

But I admit, I had too much fun with this. I wanted to emphasize the men and their bikes by coloring them alone- and found myself with a new appreciation for the photo entirely.  I was surprised to realize that Fox (the jaunty fellow on the right) has a cigarette perched on the corner of his lips. A minor fact but I’d missed this detail every other time I looked at the photo. The process of coloring their clothes got me thinking about fabric and color choices a great deal as well – what colors would have been popular at this time? Would Fox have color-coordinated his socks to his tie, as I did?

Because I couldn’t stop myself, I’ll also include a fully tinted image:

These images are by no means perfect – I would want to spend a significant amount more time adding shading and details. A closer inspection revealed that there may be a pattern on those socks- something I’d like to highlight if I make another pass at these images.

Overall, as with everything, a new means of presenting information can also call up a host of new questions. Still, I’m enjoying the process.

This week I commented on Amanda’s and Beth’s blogs. 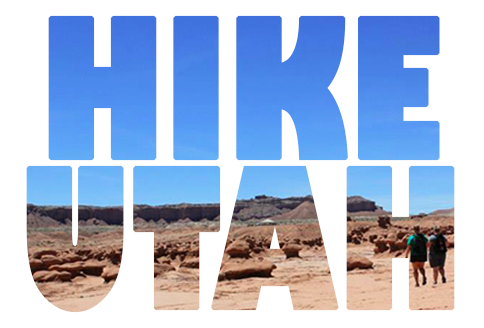 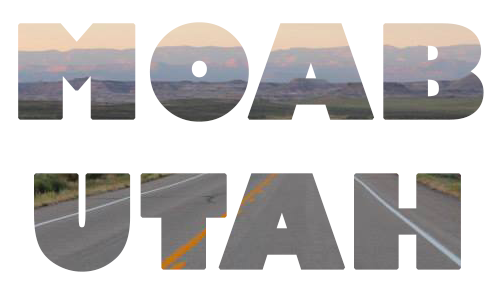 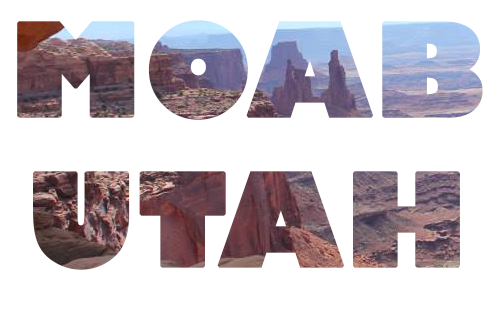 I’m having a lot of fun playing with the tools and tricks described in this week’s reading! I’ve used photoshop before but it was fun to try out some new techniques. Above I used some images from a trip to Moab – both of them took a little editing and cleaning up but transforming images into text was new for me and I like the results.

Overall, the work this week has me thinking ahead to my final project. The images I’ll be using are largely black and white images – but many might need some enhancing in order for them to display well on the web. That means that color and layout will have to play a much bigger role in capturing visitor’s attention and directing their movement through the portfolio.

I found the tips this week on color selection and use to be really helpful. In the case of my site, the subject matter doesn’t necessarily lend itself to bright colors- religious history and segregation don’t really scream “lively colors”. But I’d also like to avoid a dark and dreary sensibility. In this case, I think the integration of natural, neutral tones will probably go a long way in creating interest without disrupting the flow of the site.

This week I commented on Ben’s Blog.